Home / News / Drone delivery: how far away are we, really?

Drone delivery: how far away are we, really?

Well, you probably wanted something a little more detailed than that, so let’s look at the most important question about drones: when will we get good drone delivery?

That’s a much more nuanced discussion, and it’ll have a very patchwork answer because you’re looking at a disruptive technology that is being applied to different industries instead of having its own industry where advocates, innovators, and regulators can focus.

Commercial drones care about other things

There were about 110,000 commercial-use drone sales last year and it’s projected to reach 174,000 across 2017, while consumer sales will hit about 2.8 million. Seeing these drones in our daily lives and on the news puts a lot of hype in delivery, but right now it isn’t where the actual market is.

Delivery is “not on our immediate radar,” Paul Xu of DJI told The Economist in June.

Why? Deliveries require a lot of work, more powerful drones, better battery life, and extremely smart systems that can prevent collisions with all sorts of people, vehicles, power lines, and more. Drones also need to be able to verify that they’re delivering something to you and that they’re leaving it in a safe place.

If you think of all the hard problems of automation, delivery combines them all. Xu says the mechanics and systems themselves could take roughly a decade to make drones reliable and a safe, protected business.

When a package falls from the sky, lands on your car, and breaks the windshield, who pays for the damage? Do you need to go through your auto insurance? How do you audit and investigate the accident?

These are just a few questions that legislation will have to answer — contracts can specify risk and fault, but expect some trials by fire in the courts.

In the U.S., regulations require drones to be flown line-of-sight, with one pilot controlling one drone, and at specific heights and locations to limit some privacy concerns. What we haven’t quite figured out is how to create a system to regulate and monitor drones in a way that holds everyone accountable.

The UK gave Amazon permission to test drones that are out-of-sight of operators, and we’ll need to see accident rates and more before we can expect any expansion for other businesses and locations.

Right now, there are so many different laws, test, trials, and more, that we don’t have a satisfactory answer for how things will look in the future.

The biggest legislative hurdles that we haven’t started to tackle yet is how an entire commercial ecosystem looks. Will drones have to continually broadcast their ID so authorities can always know which drone is where? What safety precautions must be in place? Where can and can’t delivery drones go? Are they allowed to have cameras that record all around them, even inside your windows or what’s happening in your fenced-in backyard as it zips by?

And here’s who has it right now

It’s time to throw all the hand-wringing out the window. Drones are delivering about 20 packages each day in Iceland. E-commerce brand AHA has permission from the Icelandic Transport Authority to fly deliveries along a preplanned route with no line-of-sight requirements and an automated system that will provide alerts about aircraft in the area.

Customers will have to travel to a designated drop-off zone to get their goodies, so it’s essentially a locker-like system with a new set of robotic stockroom folks.

It isn’t the most robust system yet, but it is a big step, and it’ll change the way we look at these deliveries because we’ll have a reliable test-run. It’s a good market, a small geographic area, and lots of factors are controlled for, so the data should be worthwhile.

Here’s the biggest question I hope it’ll answer: when the hype is dead, do we want drone delivery? Is it a worthwhile investment or is this simply a stepping stone to something larger, such as autonomous delivery vehicles, where we will continue to need specific pick-up and drop-off locations? 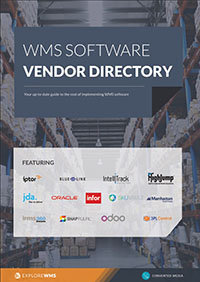