Home / Implementation / When should you hire a WMS consultant?

When should you hire a WMS consultant?

When implementing a WMS, any decision to engage third-party WMS consultants tends to harbor both up and downsides. As a general rule, most managers don’t typically appreciate business investigators rooting around under the covers, since many times, likely weaknesses are clearly identified that would be better served by letting a dog lie, rather than allowing that effort to begin a change management process that might lead to extended internal workforce upset.

That said, however, from a more finite process, systems or support perspective, WMS consultants can be quite useful; just as long as you’ve engaged the right ones of course. Here are three ways where third-party advisors can help if the enterprise bus finds itself in a ditch.

Regardless of the application, there are three critical interest drivers with it comes to enterprise systems management; measuring the past, managing the current, and leaning toward the future. while most enterprise folks would ‘like’ to believe that their resource levels are always up to par, many times, limitations force past and the future concerns to go by the wayside, in favor of having to respond to the current.

The problems caused by this usually manifest themselves downstream in the form of problems associated with technical ‘tunnel vision,’ or in a more arcane sense, narrowed views of what happened to the enterprise in the past, and why things need to be different in the future. This is where a WMS consultant can be helpful, since the goal of any legitimate consultancy, is to help provide the enterprise with ‘fresh eyes’, while also offering more efficient ways for a company to go further and faster, at lower cost.

This relates to the ‘narrowed view’ perspective mentioned above, however, in this case, limited internal capabilities represent an entirely finite business constraint. For example, when considering the removal and/or replacement of a legacy WMS system, how many direct FTEs are currently involved with the standing system?

One might suggest that such a direct question should require a direct answer, but this is not so, since anytime an enterprise considers a significant systems change, workforce folks are probably going to be impacted, whether directly or indirectly. Consequently, the next thing you know, a workforce culture problem emerges that will have to be dealt with crisply. At the end of the day, if the potential of the newly defined system harbors a ‘reduction’ in an overall FTE count, that event can create even more disturbance going forward.

Again, this is a simple question/answer evolution, but enterprise systems touch virtually ‘everything all the time’ these days, so internal management must always tread lightly, otherwise a commercial house of cards can tumble down in a flash.

On the other hand, WMS consultants can not only help define any change impacts clearly and efficiently while minimizing or eliminating internal workforce strife, but are also likely to define ways to hold on to a core workforce cadre is that is part of the management goal. Either way, however, the consultant takes the heat, not management, which is probably worth several thousands of dollars in lost process efficiencies.

This business intelligence element also applies to the culture of tunnel vision; and the wages of management decision-making in general, when considering an WMS. As a rule successful enterprise managers typically expect that their decisions are a cut above other peers, but over time, repeated success also tends to breed arrogance. For example, just because the CIO has an MBA from Wharton, and the Director of IT holds a BS in Computer Science from MIT, it doesn’t necessarily mean that those executives are entirely conversant with everything that is going on in the WMS world, every day. 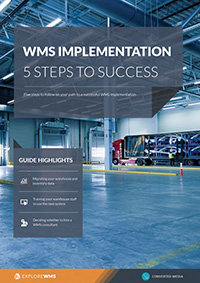